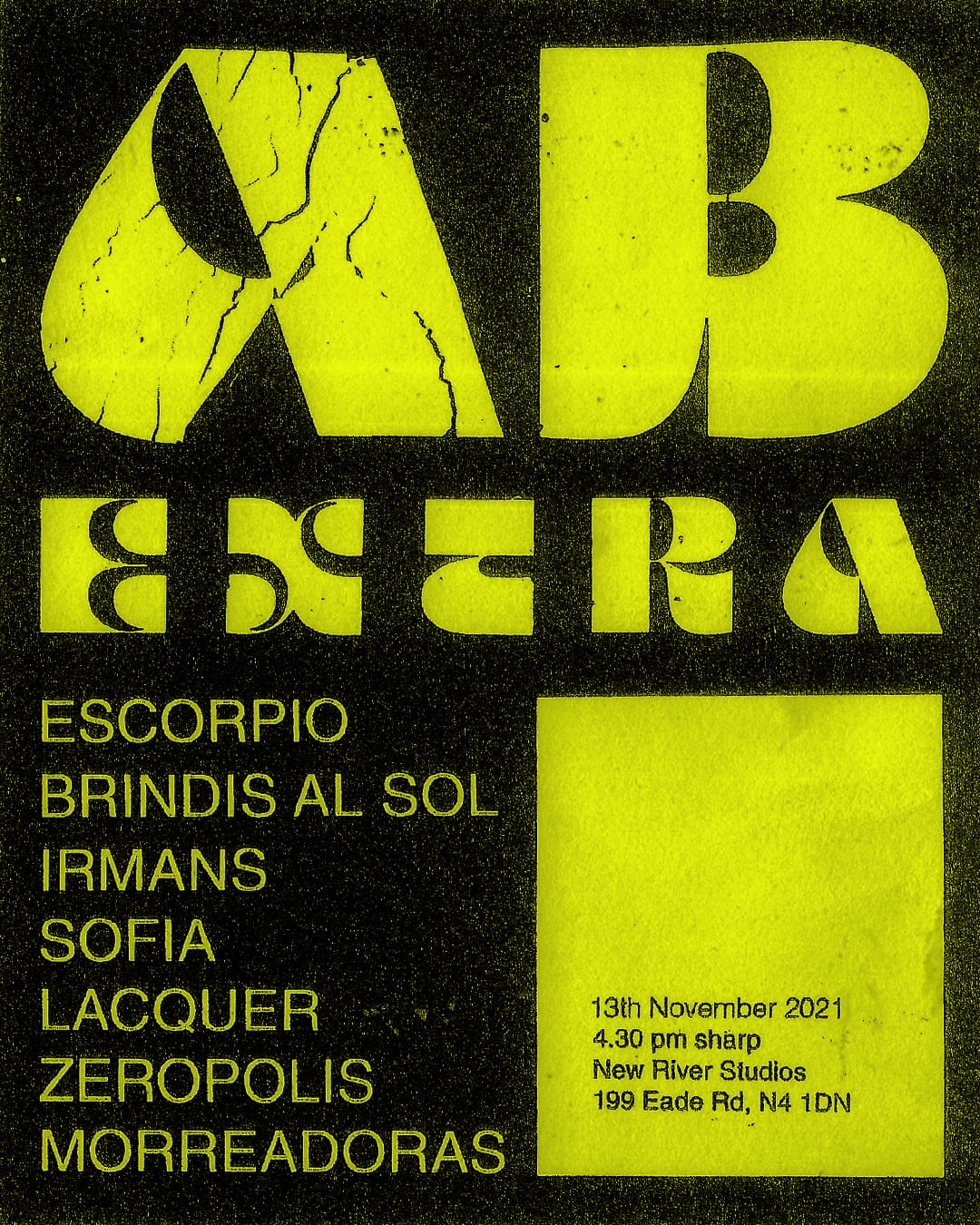 We’re thrilled to announce our new festival in London this November!
Expect to hear a collection of Cold Wave, New Wave, Dark Pop and much more sounds in New River Studios. You won’t find this at any other festival in London!
ESCORPIO, Dark Pop band based in Mallorca, Spain. Magical melodies, beautiful voices playing along with sad notes.
https://escorpio.bandcamp.com/
BRINDIS AL SOL is a great electronic surprise for all. Bernat from the HC band “Orden Mundial” is fronting the band. They will be releasing their brand new 7″ with Discodrome Records and Flexidiscos in November and presenting it in London with us.
SOFIA is the solo project of a fantastic artist from Mallorca. We can’t wait to see her with her sweet voice in front of her synthesiser.
https://sofia333.bandcamp.com/
LACQUER
Lacquer is Raquel Torre’s solo project. Her first single was released in 2019 and after a few months of lockdown in 2020 she is releasing her first album with Discodrome Records and Flexidiscos. This album was conceived in her London room with only a computer and Ableton, then taken to the studio where Jonah Falco completed the production, recording, mixing and mastering. This album reflects her taste for synth sounds, catchy pop and sad melodies.
https://discodromerecords.bandcamp.com/album/lacquer
IRMANS
London based band with members from Le Jonathan Reilly, Caballo Tripode, Johnny Throttle, Lucy & the Rats, Thee Tumbitas, We Are Not Brothers. NEW WAVE/ PUNK/ POP
https://irmans.bandcamp.com/…/hermano-b-w-i-wanna-see-you
ZEROPOLIS
Electronic post-punk duo made up of two Frenchmen living in London. Think detuned synths and icy guitars over pounding beats. They released their first EP last year but never really got to perform it live for obvious reasons!
https://zeropolislondon.bandcamp.com/
MORREADORAS
Primitive-Tongue Punk. This will be the debut of this 4 girl piece. Get ready for snogging
MORE SURPRISES AND BANDS TBA
DJs Until 1am:
Nation Unrest dj set
Francho Wilson
Ax-Traco
Gem Germ
djing EBM, New Beat, Electronic sounds and cold wave
Very limited super early-bird tickets on sale from £7 NOW:
https://www.wegottickets.com/event/527248
+ Google Calendar+ iCal Export