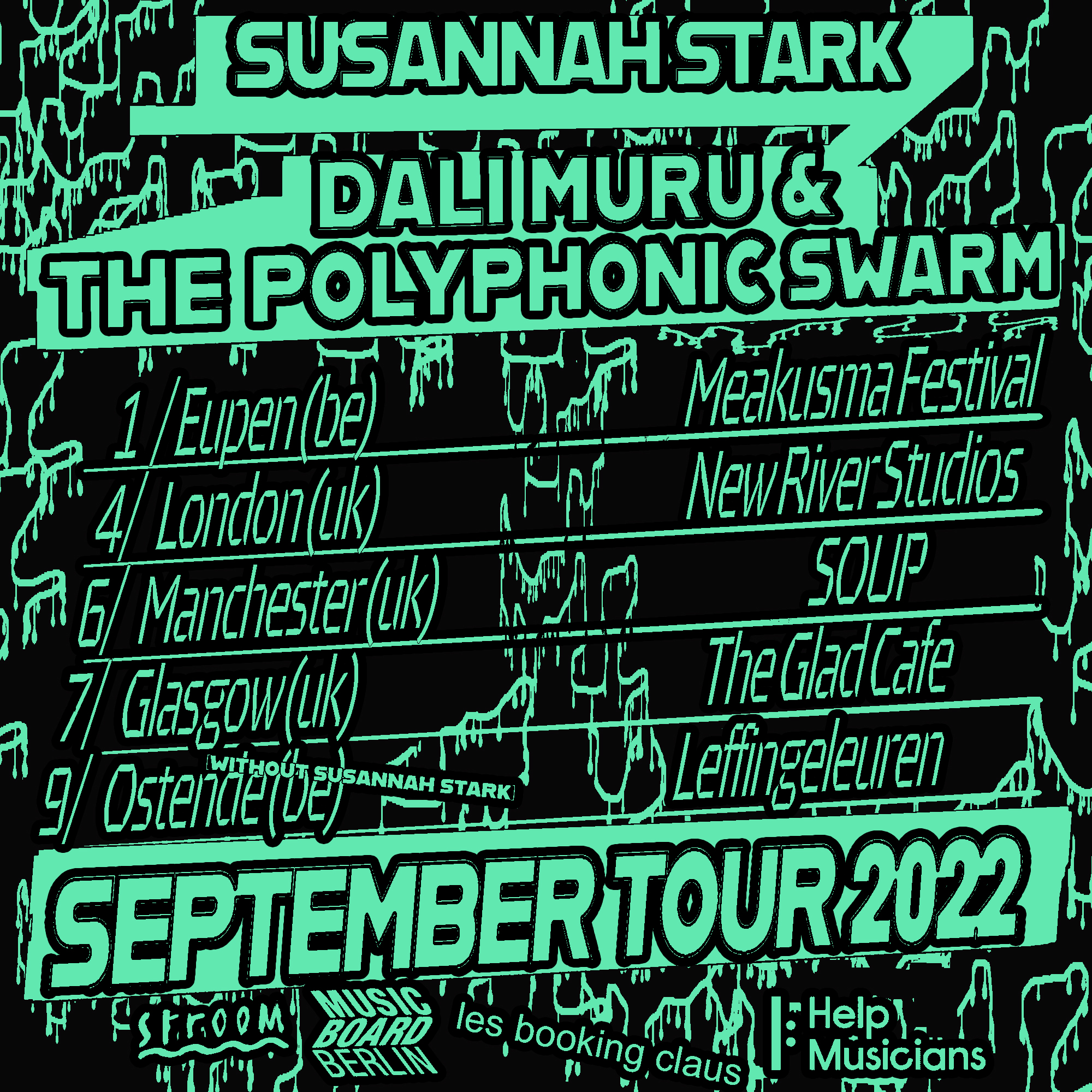 Dali Muru & the Polyphonic Swarm sit in the middle of a Venn diagram consisting of medieval inspired troubadour poetry, cinema soundtrack and primordial electronics. Initially known as FITH formed in Berlin by the duo writer/filmmaker/vocalist Dalia Neis, and the composer/producer Enir Da, their project expanded to become a revolving collective of musicians and poets spread out across a Paris/Manchester/Berlin axis. Gesturing toward ancient lineages of poetry and storytelling, Dali Muru is driven by the spell of the spoken word, minimal percussive refrains, oneiric textures & deep melodic synths, channeling cinematic imagery, enigmatic narratives & spiritual frenzy.

Their then self-titled debut self-titled LP FITH was released via their collectively run imprint Wanda Portal in November 2016. Their subsequent release Swamp was released on the London based imprint, Outer Reaches in 2018, and was a hallucinatory homage to the film of the same name by Argentine filmmaker, Lucrecia Martel.

Their latest release as a duo, and self-titled album project Dali Muru & The Polyphonic Swarm has just come out on the Belgian label Stroom in 2022.

Susannah Stark Drawing from a background in visual art and a lifelong love of music, Susannah makes pop songs formed out of vocal experimentation, that explore different dimensions of understanding softness in relation to the human voice and manners of speech. Recent performances include Arkaoda, Berlin, Radiophrenia at CCA, Glasgow, and Cafe Oto, London. Her debut album ‘Time Together (Hues And Intensities)’ released by record label Stroom in 2020, was described by Noel Gardner in The Quietus as “a seven-song serving of gossamer dub-pop experimentalism” and by Boomkat as “a memorable first impression[…]rooting or immersion in folk-pop allows Susannah to best mess with the form from the inside-out, locating something new and timelessly vital in archaic styles”. Since 2020 she has been playing live together with trumpet player Phil Cardwell, and in 2022 with drummer Laurie Pitt.