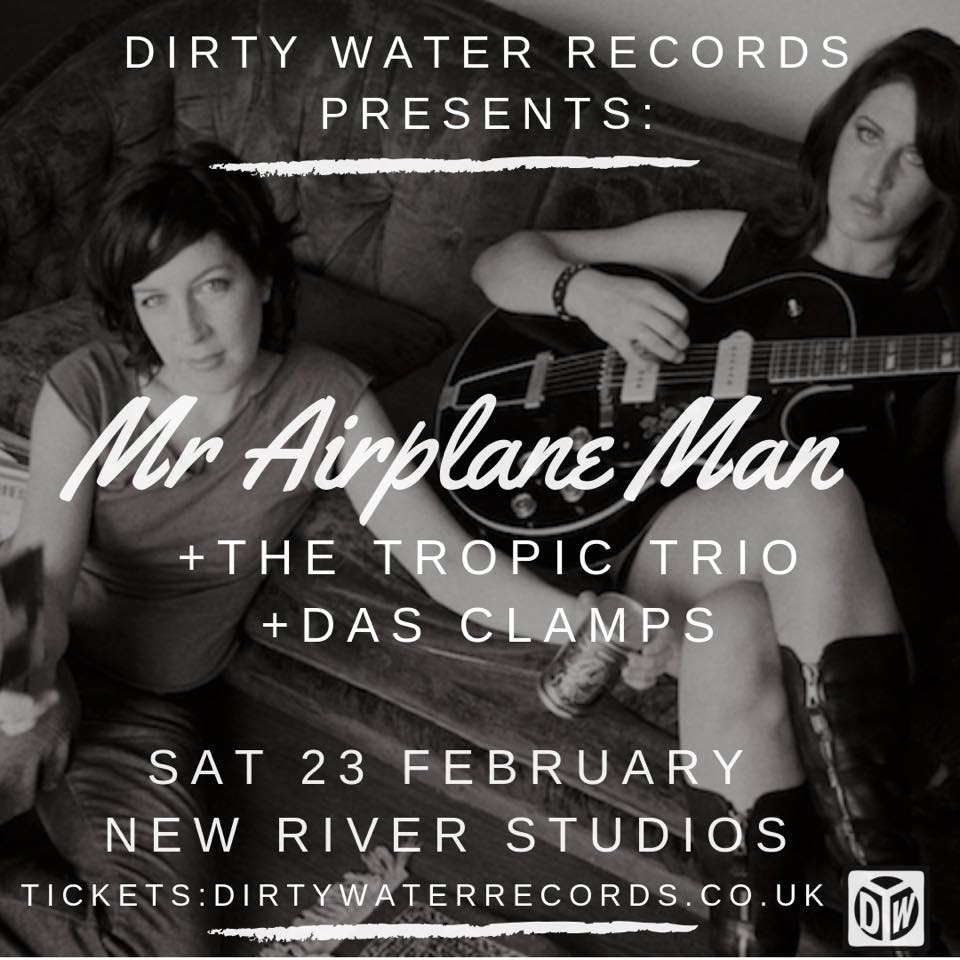 Mr. Airplane Man is Margaret on guitar and Tara on drums. They are a mishmash of their deep love for Mississippi hill country blues, Memphis weirdo rocknroll, drony VU and Stooges, and Boston (their hometown) garage beat and pop wonderment… Sympathy for the Record Industry put out 3 records of theirs in the ’00s. They self-released an EP they recorded with Mark Sandman of Morphine in 1999 (recently re-released by Moi J’Connais records). In 2015 they put out a long lost record they did at Fat Possum back in 2000 that was never released. After about a 10 year break they are back, Baby, and better than ever!

Tina and Lucia from Das Clamps will be spinning vinyl from till late.