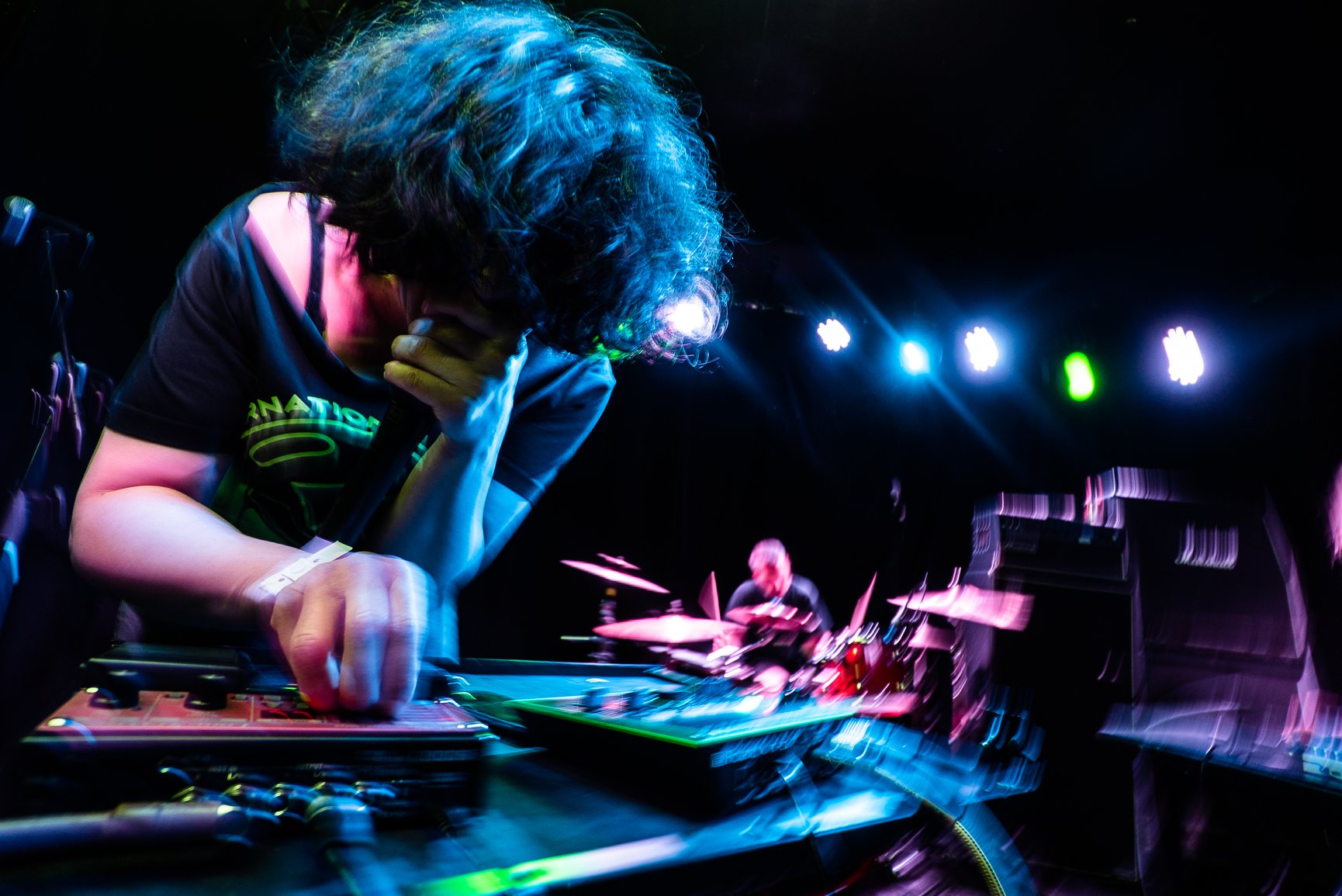 The final London performance for EP/64, bringing together an incredible all female line-up featuring Valentina Magaletti, Yoshino Shigihara, Agathe Max, Laura Philips and Dali de Saint Paul, playing at the heart of London’s DIY community, New River Studios.
Support comes from Chinabot founder Saphy Vong’s new project Neo Geodesia, and sound and text duo [something’s happening]
Tickets: £9 advance
£12 on the door
EP/64 – 63
https://ep64.bandcamp.com/
The 63rd and penultimate iteration of Ephemeral Project 64 (EP/64), the wild, liberatory, utterly ecstatic improvisation project formed by vocalist Dali de Saint Paul (Harrga, Viridian Ensemble). EP/64 was created to play 64 concerts, each with a different ensemble of musicians and de Saint Paul the only constant. Since, it’s pulled in a who’s who of the underground for a series of incendiary, live rituals.
This, the final London show, will see Dali de Saint Paul joined by Valentina Magaletti (Moin, Tomaga and countless solo and collaborations works under her own name), Yoshino Shigihara (Yama Warashi, Zun Zun Egui), violinist Agathe Max and visuals from Laura Philips.
“Suitable only for playing loud – don’t even think about having this on in the background. It’s overwhelming in its ferocity, the sort of energy that can only come from people, in a room, together.” Jennifer Lucy Allan, the Quietus
“there is no agenda, the only thing is we meet people.” Dali de Saint Paul, in an article by Al Cameron in the Wire.
Neo Geodesia
https://chinabot.bandcamp.com/album/2562-neon-flames
The new solo project from Chinabot founder Saphy Vong, Neo Geodesia is a vibrant, high-energy ride through multicoloured electronics and traditional Cambodian music. “1,2,3,4 go!” hardcore energy collides with samples from Karaoke DVDs, traditional funeral song hits a tangled mesh of synths and sequencers.
Where Vong’s previous project, Lafidki, worked in futuristic, speculative synthesizer zones, Neo Geodesia is more dreamlike, coming across like a fracture in your subconscious as sonic worlds and their associations collapse into each other.
Debut album, 2562 Neon Flames, was dedicated to Vong’s late mum, Chun Leng, but it also finds something far more universal in the personal. Vong: “This album is for all diaspora who struggle to return to a country… It is for everyone who has searched for a country, lost a parent, or found joy and new life in the bitter ashes of grief.”
“…it evokes some massive futuristic requiem and cinematic longing; proto-religious and majestic” – IF ONLY UK
“There’s no right way to mourn or process death, and on 2562 Neon Flames, Neo Geodesia shows that sometimes the greatest tribute is to capture the vibrancy of life.” – The Quietus
[something’s happening]
https://somethingshappening.bandcamp.com/releases
[something’s happening] is the sound and text duo of poet and performer Iris Colomb and composer Daryl Worthington (Beachers). The project explores textual and sonic permutation through improvisation. Fragments of found text and gestural electro-acoustics weave through spectral guitar textures. Loops of sound and language collide.
+ Google Calendar+ Add to iCalendar