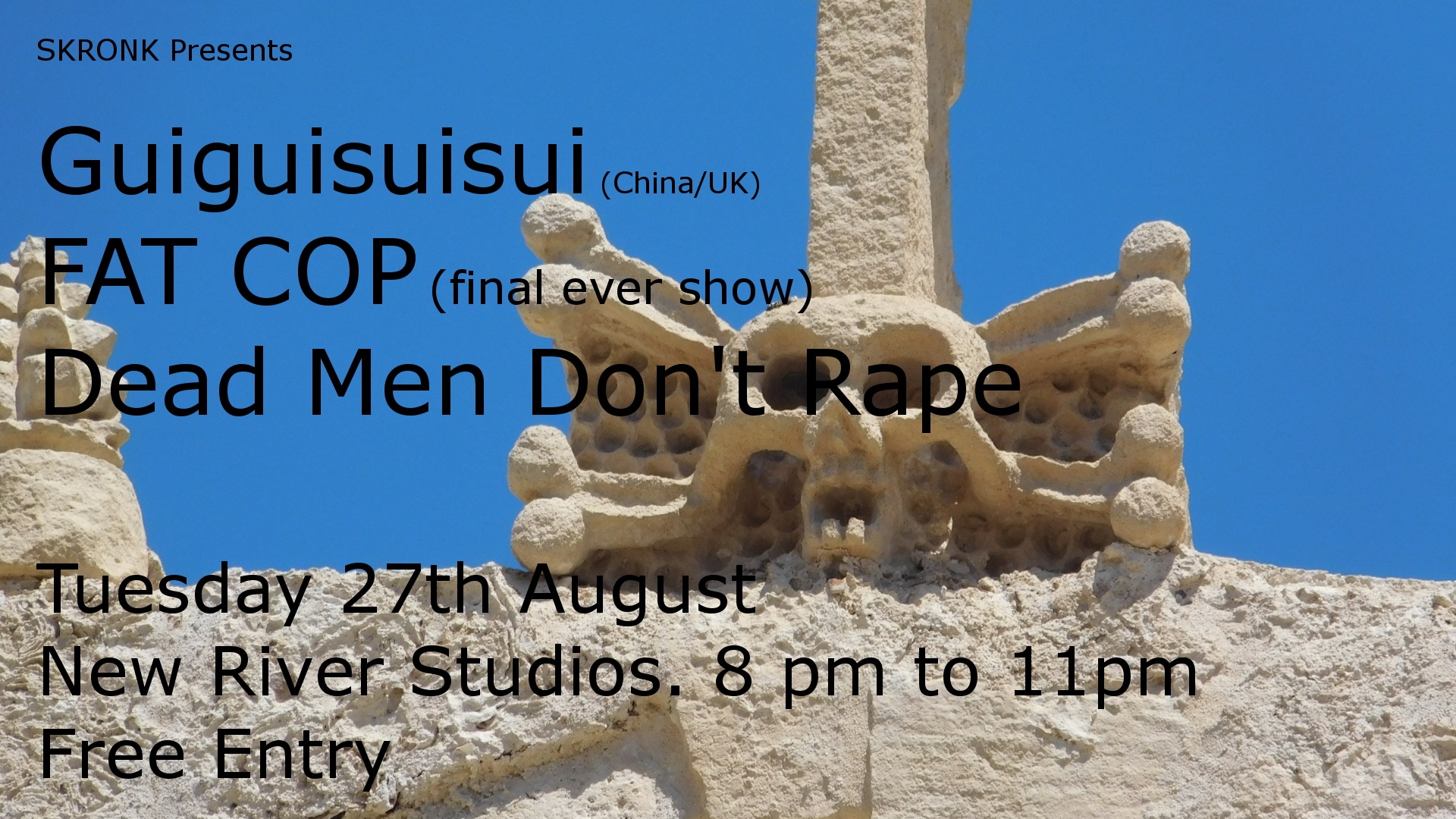 This will be an epic show, SKRONK presents 3 incredible bands like you’ve never seen before… well maybe…

GUIGUISUISUI is a two piece journey into sound and performance. Man and woman, East and West, past and future, side by side blending electronic and 8-bit sounds with blues, rock, hip hop, doom, punk, noise, and ambient bliss while performing an avante garde opera featuring a number of characters: the zombie bluesman GUIGUISUISUI and immortal ninja SUSU; master of the dark arts KING NECRO and empress of the underworld PUMPKIN QUEEN; preacher and minister for the cult of greed LORD KAMEMAMEHA and high priestess of profit LADY CHAKRA. Meanwhile a journey through time and space plays out in the background through painstakingly detailed animations that explore the themes of life and death and rebirth. Simply put, GUIGUISUISUI is an experience.

FAT COP: formed in 2015, played some shows and released some ridiculously noisy and chaotic albums, FAT COP were surprising likeable for an improvised Grindcore, splatterpunk band. They’ve decided to finish things off with one last show, maybe because no one really liked them anyway.
https://fatcop.bandcamp.com/

Dead Men Don’t Rape: newish group playing Heavy Queer Doom, they will be noisy, heavy and queer. their last performance was described as this “A Deflowering was a performance in which an embodiment of toxic masculinity drowned himself hungrily in pink sludge. Dead Men Don’t Rape soundtracked his final gasps.
RIP Mike” https://deadmendontrape.bandcamp.com/releases