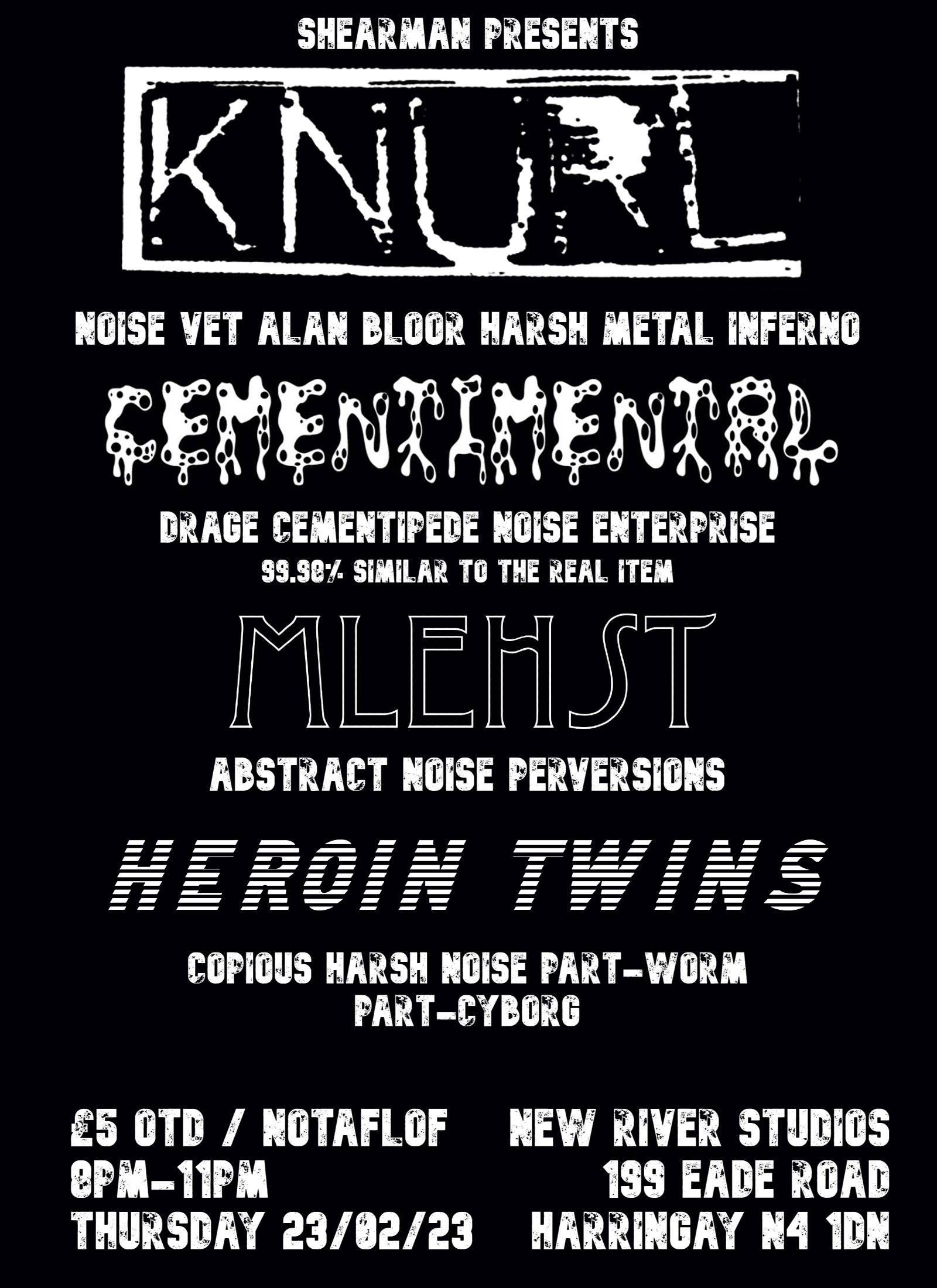 After a few years hiding in a hole, SHEARMAN returns to bring you another decrepit blood feast of harsh noise mania.
KNURL
The solo noise project of Alan Bloor (Toronto, Ontario) which began in 1994 utilising car springs, scrap metal, saw blades and other industrial detritus to create the sounds that inspired him while working in welding shops in Windsor, Ontario. It began as an idea to replicate the speed and intensity of grinding metal into a musical project. Knurl has become known for scathing maelstroms of erratic and biting sounds.
https://knurl.bandcamp.com/
CEMENTIMENTAL
Harsh noise, circuitbending and ~rough music since 2000AD from London’s Cementipede, Tim Drage (also one half of ISN’TSES). Tim has been bending and warping a cornucopia of electronics for decades in a ceaseless and tireless quest to flip every table covered in pedals in London. Harsh noise to perform a hard reset on your brain.
https://cementimental.bandcamp.com/
MLEHST
Surreal soundscapes, bizarre electronics and abstract noise perversions since 1991 – this will be the project’s first live set in over a decade!
https://mlehst.bandcamp.com/
HEROIN TWINS
First live set from this duo of Lydia Mu-sonic and James Shearman. You can expect intense harsh noise, screaming and amplified cybernetic writhing.
https://cybercrud.bandcamp.com/
https://smallworm.bandcamp.com/
£5 OTD / No one turned away for lack of funds
8pm start / 11pm curfew
+ Google Calendar+ Add to iCalendar