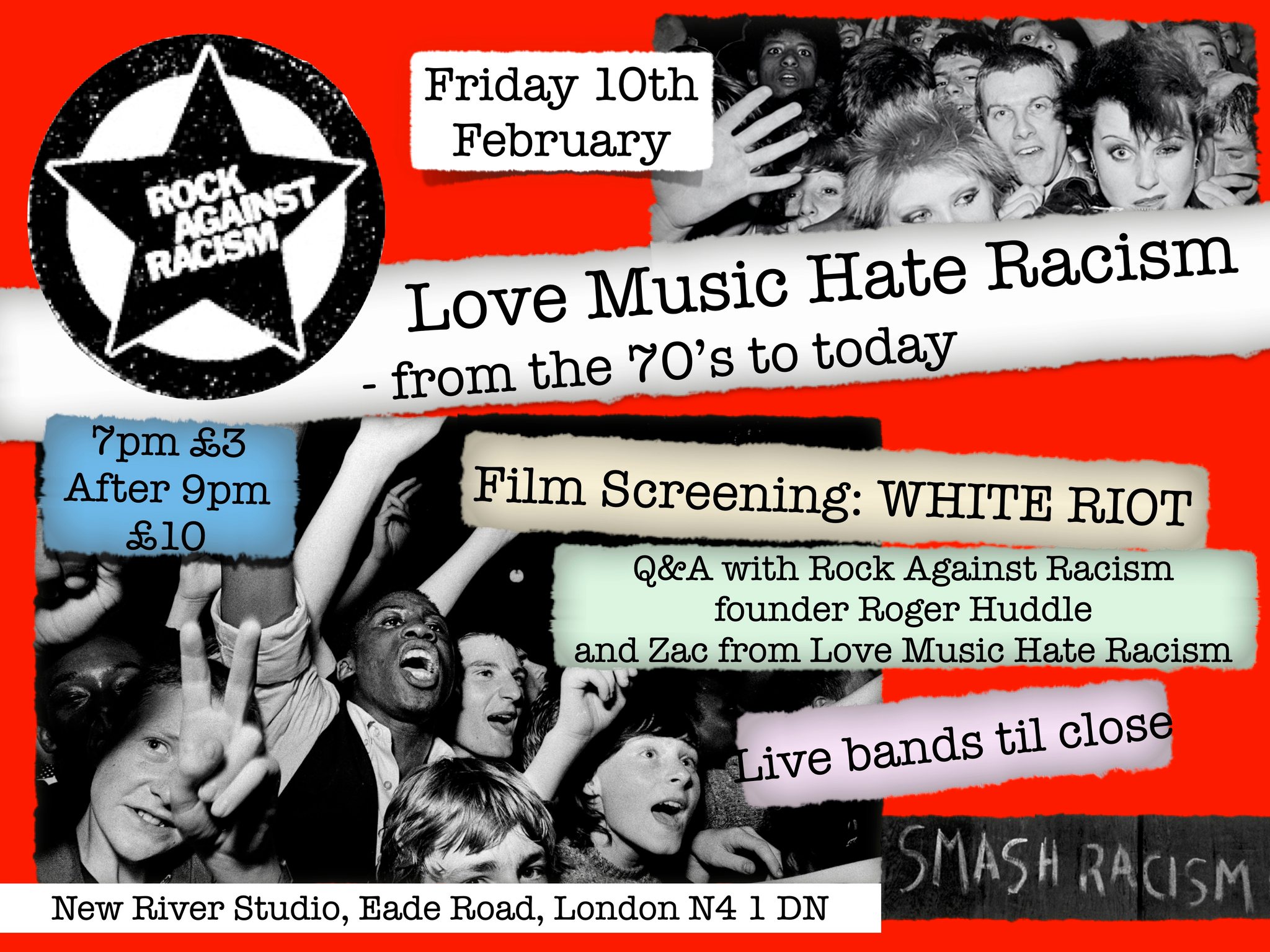 Film Screening: White Riot
Winner of the best documentary award at the 2019 BFI London Film Festival, White Riot celebrates the grassroots tactics of the 1970s movement Rock Against Racism to target the rising tide of hatred.
Followed by Q&A with Roger Huddle (a founding RAR member) and Zac from Love Music Hate Racism. What lessons can be learnt from the unity of Rock Against Racism in how we combat hate today.
And finally.. live bands til close. Line Up tbc asap.
£3 – 7pm
£10 after 9pm
Using a mixture of archive material, animation and new interviews, Shah’s feature debut documentary tells the story of the formation of the grassroots cultural campaign. Rock Against Racism started in 1976, prompted by the racist outbursts of Eric Clapton, who RAR described as “rock’s biggest colonist”, and the rise in political power of the National Front.
White Riot seeks to show us how the DIY, multiracial, community-led movement fought back against British fascism. To spread their antiracist message, Rock Against Racism published fanzines and organised gigs where black and white bands would share the stage. They called out hypocritical white musicians who espoused right-wing rhetoric while benefiting from the influence of black music.
Watch the incredible feature film From 7:30 with Q&A after.
White Riot Trailer: https://youtu.be/E2weyH9QcII
Rock Against Racism: Rock Against Racism (RAR) was a political and cultural movement which emerged in 1976 in reaction to a rise in racist attacks on the streets of the United Kingdom and increasing support for the far-right National Front at the ballot box. Between 1976 and 1982 RAR activists organised national carnivals and tours, as well as local gigs and clubs throughout the country. RAR brought together black and white fans in their common love of music, in order to discourage young people from embracing racism. The musicians came from all pop music genres, something reflected in one of RAR’s slogans: “Reggae, soul, rock’n’roll, jazz, funk and punk”. The movement was founded, in part, as a response to racist statements by well-known rock musicians such as Eric Clapton and David Bowie
Afterwards will be a few punk, folk, ska, political, rave bands to end the night in frenzied unity.
+ Google Calendar+ Add to iCalendar