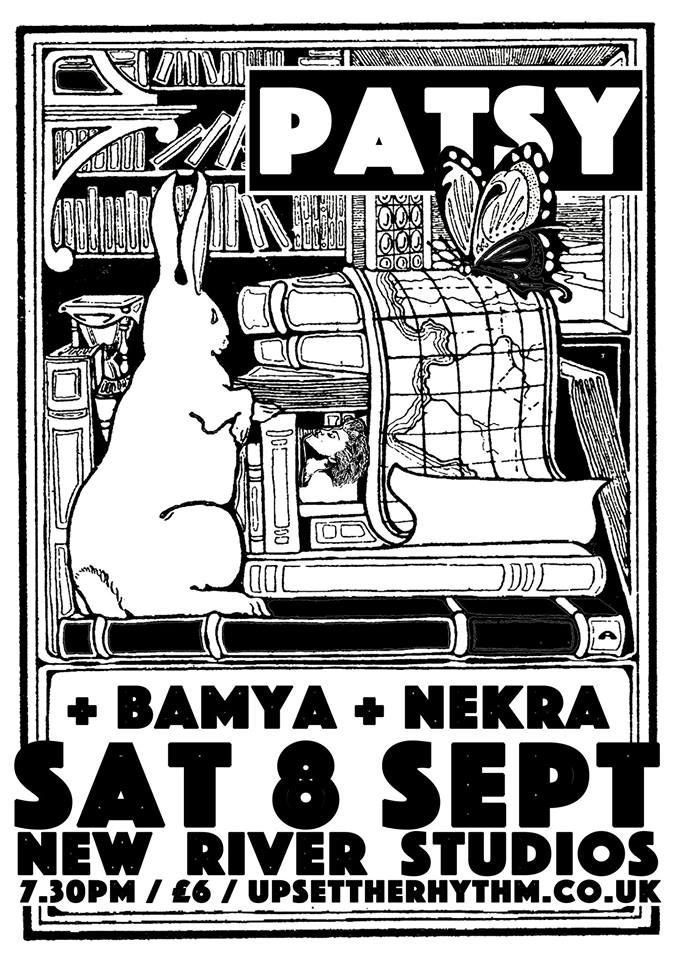 PATSY are a New Orleans band who make fast, slashing, catchy-as-hell punk rock. The band is led by one Candice, also a member of the band Mystic Inane, and their schoolyard-taunt snarl is one of the coolest things we’ve ever heard. After a series of excellent singles over the past couple of years, the band recently released their debut ‘mini’-LP ‘LA Women’ (La Vida Es Un Mus Discos), which you can stream below. Where prior singles tended to stay firmly in the hardcore lane, ‘LA Women’ finds Patsy blending an inspired mix of surf, garage, 80s hardcore, skewed 80s new wave, and garage. Their straight ahead hardcore jams – including a re-recorded version of “Nazis are so Plain” from their 2015 demo – bear a slippery quality that reminds of DKs, particularly in the woozy guitar work (see, in particular, album highlight “Society Ape”). Elsewhere, tracks like the excellent “Heathen” and opener “Count it Down” bristle with a-go-go worthy garage energy. This will be the band’s first time in London on their debut European tour!
https://itspatsy.bandcamp.com/

NEKRA have riffs as wide as the Old Kent Rd, big drum rhythms falling on and off the rails and a pure velocity that could tear the roof off. NEKRA sounds confrontational, like a fight you don’t know you’ve started yet. Nekra find themselves somewhere between the weight of Life’s Blood and a solid continuation from the moves of punchy hardcore punk of recent years. Moshy, loud, aggressive, uncaring, vicious, London. Check out their demo tape from last year available on La Vida Es Un Mus.
https://nekra.bandcamp.com/releases

BAMYA are a feast of dark rhythms dug up from the ground. The trio plays a music that is highly controlled, yet a liberated mix of krautrock, afrobeat, and eastern european tinged melodies. Undefinable, loose, post-punk/world influenced music touching on The Ex, Mars, Can and The Raincoats.
https://bamya-c.tumblr.com/