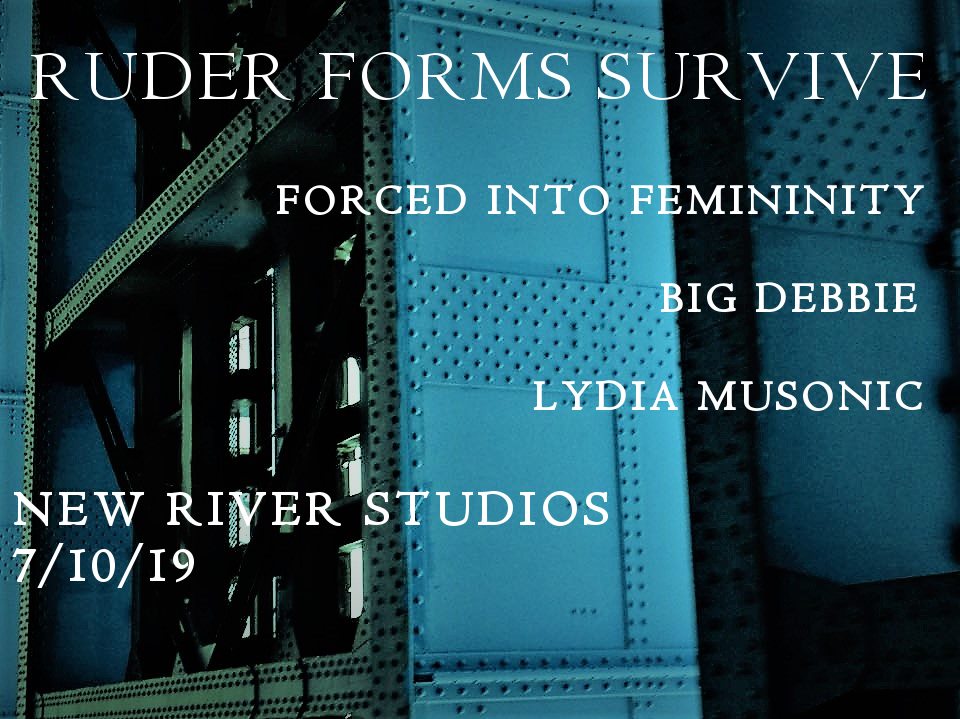 After a long hiatus, it’s the return of Ruder Forms Survive

BIG DEBBIE
Born in USSR in the early 1980’s, Debbie discovered Western pop music and Soviet new wave first through her father. Who at the time as a navy officer, had access to smuggled media and an underground distribution network. This and the time spent in San Francisco’s punk / noise scene (from 2000-2012) continues to shape and influence, what is known as Big Debbie.
Originally the solo project was titled Little Debbie, strictly a bedroom, recording experiment and a way to cope with alcohol addiction. She relocated to Los Angeles, soon after the demo’s release , and multiple tours and collaborations followed, – “Dos Lados” EP featuring Ciriza and Terror Apart out on Fantasy1 Records (https://www.fantasy1records.com/r-e-l-e-a-s-e-s). And a full length LP is out on Ratskin.
https://ratskinrecords.bandcamp.com/album/ab-ra-ca-deb-ra
https://soundcloud.com/little-debbie

****************
ACCESSIBILITY INFO:
New River Studios is a ground floor venue with a wheelchair ramp down to the event space.
There is a very small lip on the main entrance.
There is an accessible toilet with wide door and grab rails in the bar.