Slope * In Clover * Hope Through Hostility 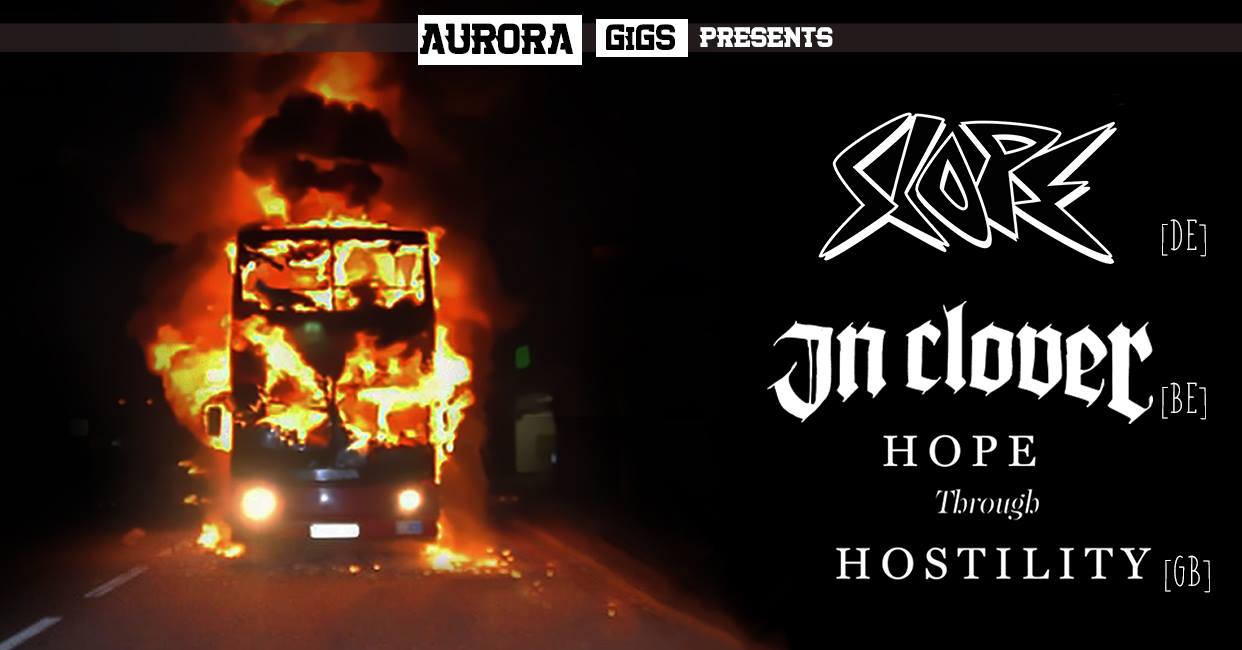 Five-head gang from Duisburg, Germany; still cooking their shit in the heart of it. Combining funky groovy riffs with hard pissed off stomps. Slope created their own way of writing Songs, no obstacles no limits just doing it the way they want it to be

Hardcore band from the H8000 area, Belgium, formed in 2015. Often described as hardcore with metal influences, In Clover brings you violent riffs with a brutal vocal range above it all. With two vocalists on stage, the band brings a heavy wall of aggression towards the crowd

Hardcore band from London summing up their influences from the city they live in and the music they listen to, taking cues from hardcore punk rock and metal