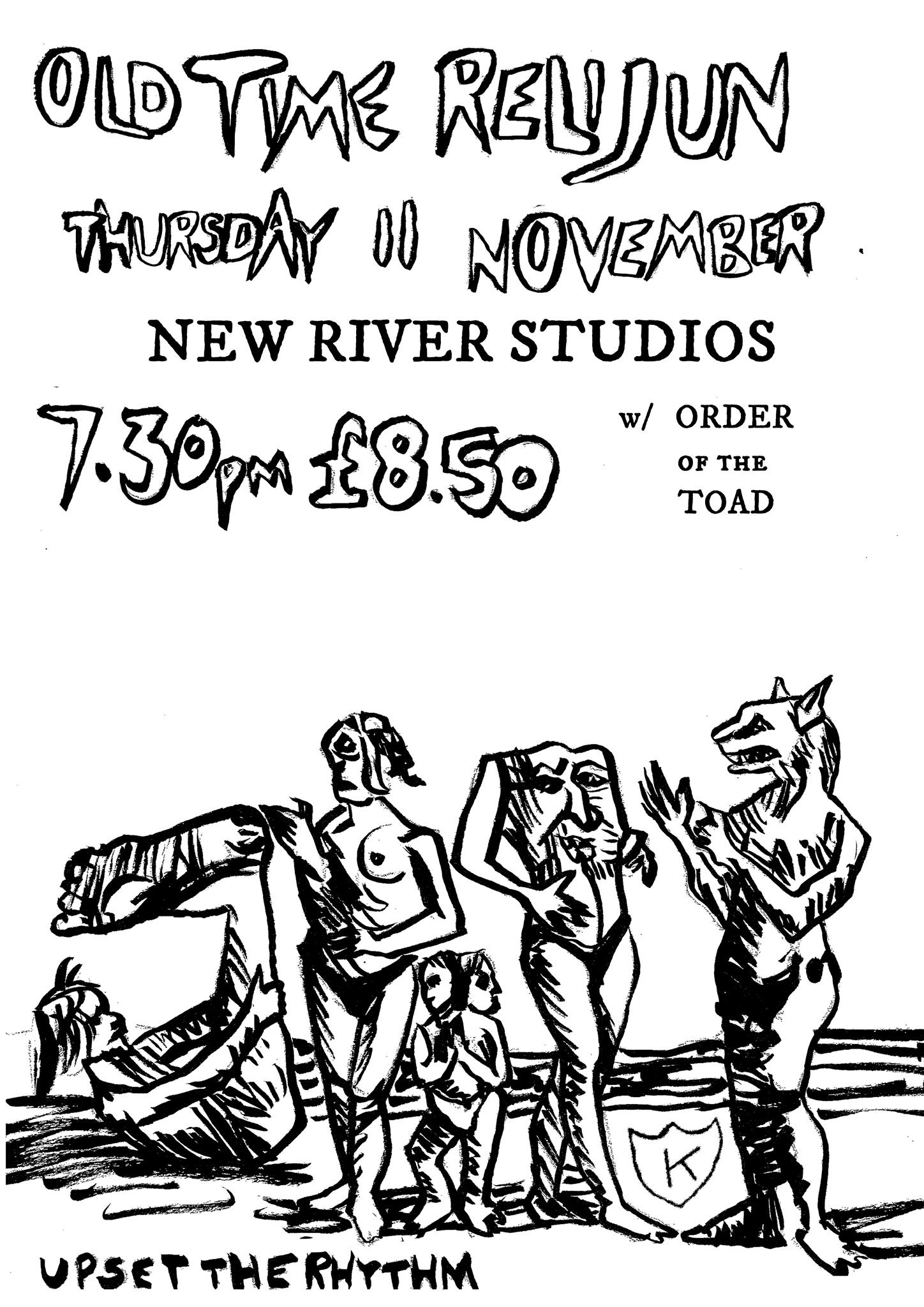 OLD TIME RELIJUN are the rarest breed of band. Insatiable, living raw, always on the margins and consistent as hell. You know what to expect and yet never have any clue what’s going to come next. Old Time Relijun give sweaty, compulsively danceable performances that never fail to inflame their audience. Their loose swagger belies years of practice, fastidious arrangements and gut-level understanding of how music hits you. Old Time Relijun was born on January 1st, 1995 in a dark and moldy basement in Olympia, Washington. The band stole some popcorn bags, talked a friend out of his inheritance and self-released “Songbook Vol. I” in 1997. They then began their long association with Calvin Johnson’s K Records. Between 1999 and 2007, Old Time Relijun toured like monsters, averaging 150 shows a year in the U.S. and Europe, releasing ‘Uterus and Fire’, ‘La Sirena De Pecera’, ‘Witchcraft Rebellion’, ‘Lost Light’, ‘2012’ and ‘Catharsis in Crisis’. The last three albums are known collectively as “The Lost Light Trilogy;” a conceptual triptych integrating poetry, painting, and myth through multiple lyrical and musical threads. The band toured through 2008 and then quietly parted ways. 2021 reunites Old Time Relijun with newfound level of passionate indignation and a deeper musical vocabulary. The classic lineup featuring bandleader Arrington de Dionyso and Aaron Hartman (upright bass), joined by drummer Amanda Spring are primed to return to Europe. Old Time Relijun continue to make music for the revolution from a restless energy that has never settled down.
https://oldtimerelijun.bandcamp.com/
ORDER OF THE TOAD are a trio from Glasgow. Melodically, Order of the Toad have something of a medieval fixation, filtered through late 60s influences which end up sounding something like Jefferson Airplane – not least in vocalist Gemma “The Wharves” Fleet’s powerful lung-force – mixed with British psyche heat.. think Kaleidoscope or even Syd Barrett drug-damaged whimsy. There’s no other band doing this in the U.K. that we know of, a musically rich tapestry woven from strands outside current trends. Music available now on Gringo and Reckless Yes!
https://orderofthetoad.bandcamp.com/
+ Google Calendar+ iCal Export